The California Zero Emission Vehicle (ZEV) program was designed to help the state achieve its emissions goals by requiring that a certain percentage of vehicle fleets use the cleanest available technologies (battery electric, fuel cell, and plug-in hybrid). While it has been amended several times, it has the long-term goal of 1.5 million ZEVs in California by 2025.

The Zero Emission Vehicle (ZEV) Program is designed to achieve the state’s long-term emission reduction goals by requiring manufacturers to offer for sale specific numbers of the cleanest car technologies available, which include: battery electric, fuel cell, and plug-in hybrid electric vehicles. ZEV regulation was first adopted in 1990 as part of LEV I standards, and has undergone significant periodic modifications since that time.

At the time of adoption, CARB required that 2% of the vehicles that large manufacturers produced for sale in California in 1998 had to be ZEVs, increasing to 5% in 2001 and 10% in 2003. The ZEV mandate was ultimately adjusted to eliminate the “ramp up” years but left in place the 10% ZEV requirement for 2003. The program was adjusted again in 1998 to allow partial ZEV (PZEV) credits for low emission vehicles that were not pure ZEVs to achieve partial credits toward the overall requirement.1 Further modifications to the program that were made in 2001 allowed large manufacturers to meet their 10% ZEV requirement with 2% pure ZEVs, 2% Advanced Technology PZEVS, and 6% PZEVs. However, a lawsuit resulted in an injunction that prohibited CARB from enforcing those 2001 ZEV for model years 2003 or 2004. Parties to the lawsuit ended litigation once the Board adopted amendments to the ZEV regulation in 2003, which included greater alignment with developments in technology. CARB again approved modifications to ZEV regulations at the 2008 hearing, where the agency also directed staff to redesign the ZEV Program for 2015 and subsequent model years.

In January 2012, CARB formally adopted the Advanced Clean Cars program that reinstalled more substantial and more long-term requirements for the deployment of electric-drive vehicles at over 10% of new vehicle sales by 2025. To reinforce the ZEV program, Governor Brown issued Executive Order B-16-2012 in March of that year, which directed California to “encourage the development and success of zero-emission vehicles to protect the environment, stimulate economic growth and improve the quality of life in the State.” The Governor’s Executive Order sets a long-term target of reaching 1.5 million ZEVs on California’s roadways by 2025.2

Following Governor Newsome’s Executive Order N-79-20, CARB has begun developing a set of standards for model years after 2025 known as Advanced Clean Cars II. Draft regulations have been posted on April 15th, 2022 – and the first public hearing will take place on June 9, 2022 – with a public comment period extending till May 31, 2022.

As per the draft regulation, CARB envisages 100% sales of new light-duty vehicles to be EVs by 2035, including BEVS and FCEVs as well as PHEVs with a minimum 73 mile 2-cycle all-electric range, (equivalent to 50-mile real-world range), and the ability to do at least 40 miles on the US06 drive schedule. PHEVs are capped to 20% of the annual EV requirement. The draft regulation contains two scenarios that have varying levels of intermediate targets and one scenario where only 70% sales target is reached by 2035. Annual targets between 2026 and 2035 for each scenario can be found in Table 2.

In addition to the ACC I states – these states are expected to adhere to ACC II ZEV regulations: Washington, Delaware, Colorado, Minnesota, Nevada, and Virginia.

California’s ZEV program began as part of the LEV I regulations, and originally included standards and requirements which specify ZEV percentages of 1998 and subsequent model passenger cars and light-duty trucks with a loaded vehicle weight of 0-3750 lbs (LDT1). Manufacturers currently subject to the ZEV requirements include: BMW, Chrysler, Ford, General Motors, Honda, Hyundai, Kia, Mazda, Mercedes, Nissan, Toyota, and Volkswagen; four additional manufacturers would also be required to comply with the ZEV requirements, but would be allowed to meet their obligation with PHEVs. The ZEV program certifies passenger cars, light-duty trucks and medium-duty vehicles as ZEVs if the vehicles produce zero exhaust emissions of any criteria pollutant (or precursor pollutant) under any and all possible operational modes and conditions. Current standards are structured to encourage a shift towards fleets composed primarily of electric and fuel-cell vehicles.

The minimum percentage ZEV requirements are listed in the table below as the percentage of the PCs and LDT1s produced by the manufacturer and delivered for sale in California that must be ZEVs. Different ZEV credit values are provided to different advanced electric-drive vehicle models. Credits are generally connected to the vehicle technology type (battery electric, fuel cell, and plug-in hybrid electric vehicles) and the range that ZEVs can go on a given recharge/fuel-up. For example, long-range fuel cell and battery electric vehicles with 250-mile or greater range are eligible for over 3 credits per vehicle, whereas plug-in hybrids with 10-20 mile electric ranges would get approximately 0.5 credits per vehicle. As a result of the technology- and range-based credit multipliers, the actual electric–drive vehicle deployment will be less than that shown in the table. CARB staff analysis of expected automaker compliance indicates that about 15% of new model year 2025 California vehicles are projected to be electric-drive vehicles to meet the ZEV requirements.3 Additional information regarding percentage calculation and credit flexibility can be found on CARB’s ZEV regulations page. 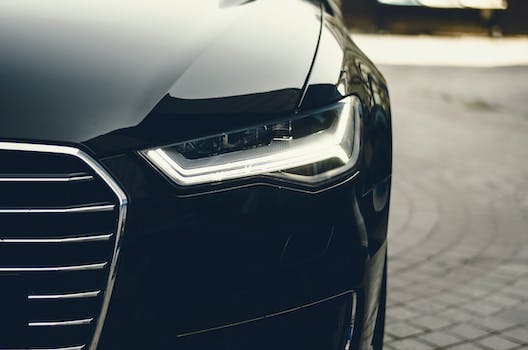